Brexit: Reaction and the Aftermath

The reactions to the Brexit have come in from all corners.  Since this was so shocking, newspapers articles that are insightful are using hyperbole in their titles to get our attention (Britain just killed globalization as we know it–Washington Post; Will Brexit mark the end of the age of globalization?–LA Times).  There have also been some excellent political cartoons and memes, so I wanted to archive a few of them here. 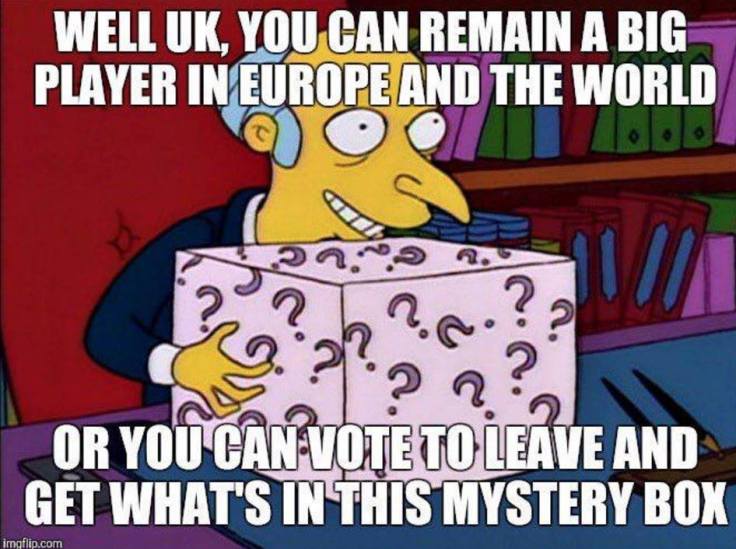 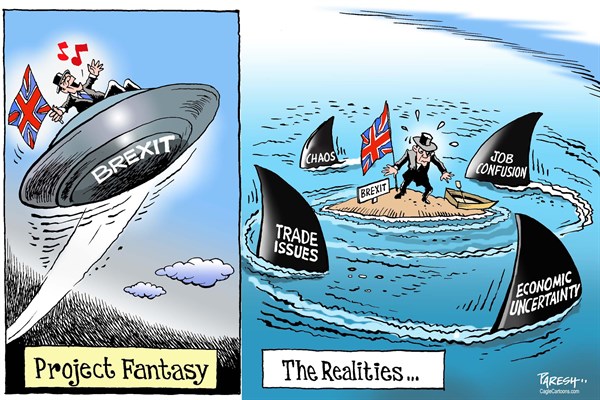 Source for this and all subsequent images from this Washington Post article.

In a Stunning Decision, Britain Chooses to Leave the EU. 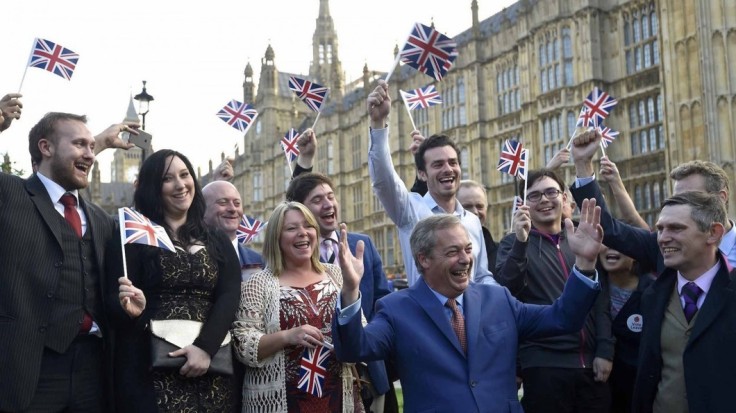 The country opted to become the first ever to leave the 28-member bloc in a result that will send economic and political shockwaves across the globe.

The foundations of the European Union have their historical roots in World War II. To ensure that European countries stop attacking each other, they knit their economies together and cooperated more on political and economic policies.

The UK has narrowly voted to leave the European Union (52%-48%). The Brexit (Britain + Exit) was expected to be close, but shows discontent with London. The ‘Remain’ campaign dominated in London, Scotland and Northern Ireland while the ‘Leave’ campaign found its strength across England and Wales (see maps).

The fallout of this vote is big and far-reaching. The first global reaction was financial panic as numerous stock exchanges plummeted. UK Prime Minister David Cameron will resign. Already Spain is calling for joint control of Gibraltar (which they’ve wanted anyway) and using this as an opportunity to advance a Spanish agenda. Many in Scotland chose to stay in the UK in part because they wanted Scotland to remain in the EU. Another referendum on Scottish Independence feels eminent at this point.

Still confused? Here are answers to 9 frequently asked questions about the Brexit as well as a good overview from the Washington Post.