Hijab is an Islamic concept of modesty and privacy, most notably expressed in women’s clothing that covers most of the body.

What is the geography of the hijab?  Covering one’s head pre-dates Islam in the Middle East but many associate this practice strictly with Islam and only for women. Read this article (with teaching tips and supplemental resources) for more context on this cultural and religious practice.

The fate of religious freedom in the former USSR, 25 years after its collapse 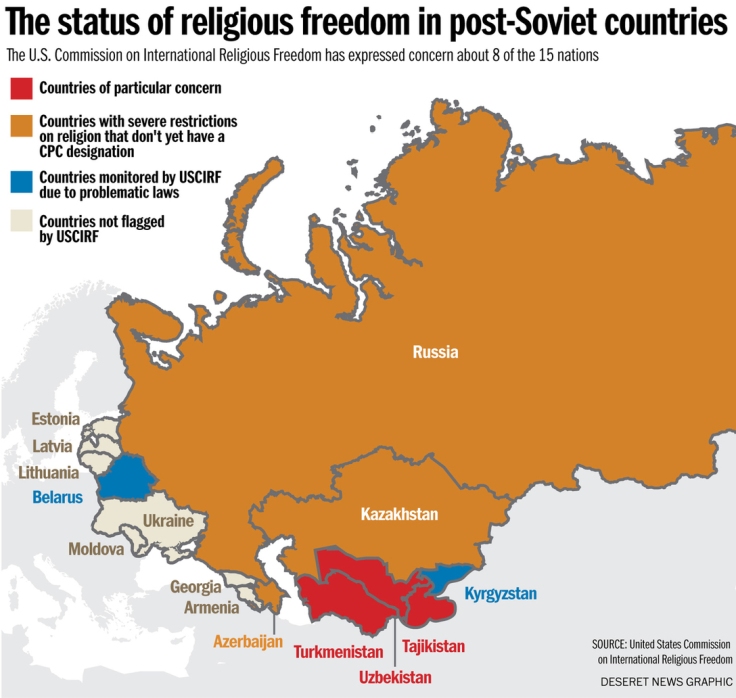 It’s been 25 years since the fall of the Soviet Union. How has religious freedom fared in this part of the world?

The collapse of the former Soviet Union was one of the biggest political events of the 20th century with long-reaching cultural ramifications.  The generations of state-sponsored atheism followed by a variety of new political policies has meant that religious freedoms vary greatly in the regions that were once a part of the USSR.  This article gives a good breakdown of all the former SSR’s and the state of religious freedom today in each of them. 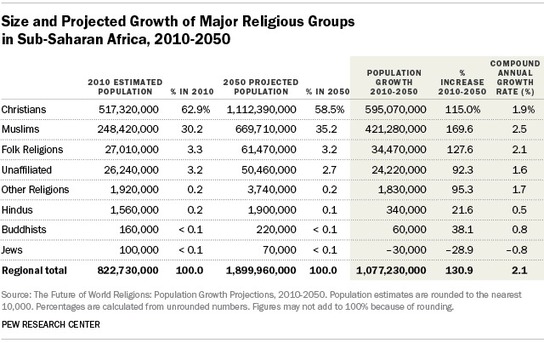 “The total population in sub-Saharan Africa is expected to grow at a faster pace than in any other region in the decades ahead, more than doubling from 823 million in 2010 to 1.9 billion in 2050. As a result, the two dominant religions in the region – Christianity and Islam – both are expected to have more than twice as many adherents in 2050 as in 2010.”

Question to Ponder: What impact are the region’s two fastest-growing religions having on Sub-Saharan Africa’s overall fertility rate? 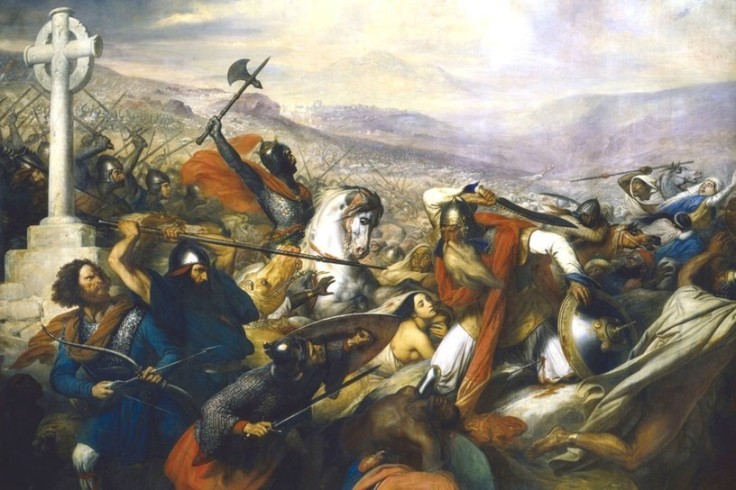 “For centuries in early and middle antiquity, Europe meant the world surrounding the Mediterranean. It included North Africa, but the swift advance of Islam across North Africa in the seventh and eighth centuries virtually extinguished Christianity there, thus severing the Mediterranean region into two civilizational halves, with the ‘Middle Sea’ a hard border between them rather than a unifying force. Islam is now helping to undo what it once helped to create. A classical geography is organically reasserting itself, as the forces of terrorism and human migration reunite the Mediterranean Basin, including North Africa and the Levant, with Europe.”

The title is a bit overstated (aren’t they all in this click-bait driven media age?), but the article shows nicely how regions are cultural constructs that change over time.

The global refugee crisis, political strife and economic dislocation all contributed to a worldwide deterioration of religious freedom in 2015 and an increase in societal intolerance, according to the U.S. Commission on International Religious Freedom.”

This is one of the sad results of the many global conflicts today and increase in reactionary political movements that scapegoat religious minorities.  The image above is a map/wordle of the 18th article of the Universal Declaration of Human Rights which states: “Everyone has the right to freedom of thought, conscience and religion; this right includes freedom to change his religion or belief, and freedom, either alone or in community with others and in public or private, to manifest his religion or belief in teaching, practice, worship and observance.”

How religion(s) spread across the world 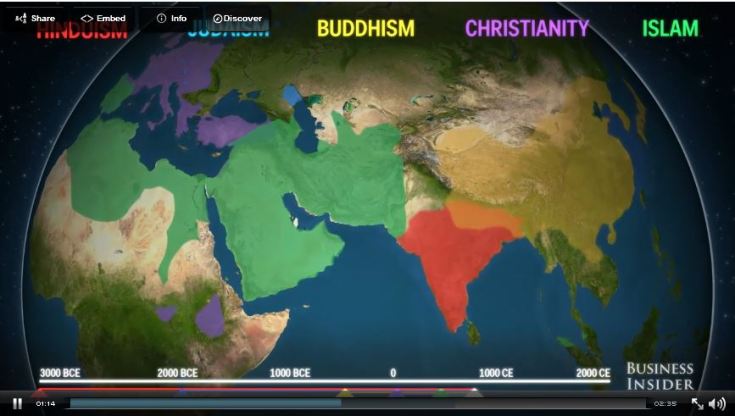 “It’s perfectly human to grapple with questions, like ‘Where do we come from?’ and ‘How do I live a life of meaning?’ These existential questions are central to the five major world religions — and that’s not all that connects these faiths. John Bellaimey explains the intertwined histories and cultures of Hinduism, Judaism, Buddhism, Christianity and Islam.”

This TED ED Lesson outlines the basics of five major world religions which in turn have profoundly reshaped the cultural geographies we see today.  While the narration in the video might be a bit dry, the visuals immerse the viewer into the cultural context from which these religions emerged.

The tragedy of the Arabs

“A THOUSAND years ago, the great cities of Baghdad, Damascus and Cairo took turns to race ahead of the Western world. Islam and innovation were twins. The various Arab caliphates were dynamic superpowers—beacons of learning, tolerance and trade. Yet today the Arabs are in a wretched state. Even as Asia, Latin America and Africa advance, the Middle East is held back by despotism and convulsed by war.

Pluralism, education, open markets: these were once Arab values and they could be so again. Today, as Sunnis and Shias tear out each others’ throats in Iraq and Syria and a former general settles onto his new throne in Egypt, they are tragically distant prospects. But for a people for whom so much has gone so wrong, such values still make up a vision of a better future.”

While the title of the article is more inflammatory than I would prefer, the analysis in this article from the Economist does a good job linking the cultural, economic and political struggles in the Middle East.

Is limiting the use of the Arabic word for God a sign of growing intolerance towards minorities?

In Arabic, the word Allah means God.  Christian Arabs refer to God as Allah and Arabic versions of the Bible reference Allah.  As Arabic and Islam have diffused in interwoven patterns, the linguistic root and the theological meanings have became intertwined to some.  BBC World and Al-Jazeera have reported on this issue as the Malaysian government has attempted to ban the use of the word Allah to any non-Muslim religious group.  Language and religion just got very political.