Why Is It So Hard for Clothing Manufacturers to Pay a Living Wage?

“In the garment industry, stories about workers who barely eke out an existence on ‘starvation wages’ are legion: Factory workers in New Delhi often describe living in makeshift hovels ‘barely fit for animals.’ A young woman from Myanmar might wrestle with the decision to feed her children or send them to school. In Bangladesh, sewing-machine operators frequently toil for 100 hours or more a week, only to run out of money before the end of the month. Workers have demanded higher pay in all those countries, of course, sometimes precipitating violence between protesters and police. Companies in general, however, have preferred to sidestep the issue altogether. In fact, no multinational brand or retailer currently claims to pay its garment workers a wage they can subsist on.”

In some ways this isn’t the right question to be asking.  While clothing brands don’t want the bad PR from low wages, like all businesses, they are incentivized to minimize their inputs and maximize their profits.  If capitalistic logic were completely unrestrained, this situation would never change as long as there are low-skill workers.

Bangladesh is exposed to threat of hazards resulting from a number of natural disasters and remains classified as one the most vulnerable countries. Majority of the country is affected by cyclone, drought and floods.

Bangladesh is regularly hit with different types of natural disasters. The impact of these natural disasters costs the country millions making it dependent on foreign aid.  Disaster clean-up and relief aid after major floods, droughts, and hurricanes.

Why India and Bangladesh have the world’s craziest border

On July 31st India and Bangladesh will exchange 162 parcels of land, each of which happens to lie on the wrong side of the Indo-Bangladesh border. The end of these enclaves follows an agreement made between India and Bangladesh on June 6th. The territories along the world’s craziest border include the pièce de résistance of strange geography: the world’s only “counter-counter-enclave”: a patch of India surrounded by Bangladeshi territory, inside an Indian enclave within Bangladesh. How did the enclaves come into existence?The enclaves are invisible on most maps; most are invisible on the ground too. But they became an evident problem for their 50,000-odd inhabitants with the emergence of passport and visa controls. Independent India and Bangladesh—part of Pakistan until 1971—each refused to let the other administer its exclaves, leaving their people effectively stateless.According to Reece Jones, a political geographer, the plots were cut from larger territories by treaties signed in 1711 and 1713 between the maharaja of Cooch Behar and the Mughal emperor in Delhi, bringing to an end a series of minor wars.It was partition, the division of India and Pakistan, that turned the enclaves into a no-man’s-land. The Hindu maharaja of Cooch Behar chose to join India in 1949 and he brought with him the ex-Mughal, ex-British possessions he inherited. Enclaves on the other side of the new border were swallowed (but not digested) by East Pakistan, which later became Bangladesh.

This Is the Traffic Capital of the World

There are only 650 major intersections here—but somehow only 60 traffic lights.

Dhaka is the capital of Bangladesh and (as I often tell my students) it is the biggest city that nobody has ever heard of.  The infrastructure is so incredibly limited that traffic jams cost the city an estimated $3.8 billion in delays and air pollution.  This is an excellent article to explore some of the problems confronting megacities. 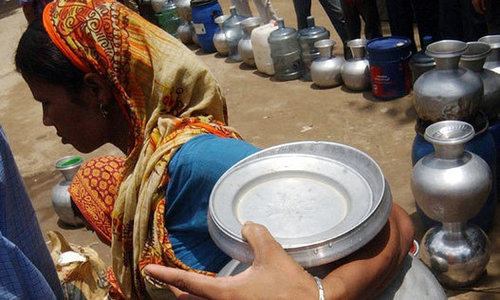 In what ways is access to safe drinking water both a physical geography and human geography issue?  How do changes in one factor influence the others?