Political support for refugees as compared to immigrants

“On balance, people around the world are more accepting of refugees fleeing violence and war than they are of immigrants moving to their country, according to a new analysis of public opinion data from 18 nations surveyed by Pew Research Center in spring 2018.” SOURCE: Pew Research Center

We know that there are diverse perspectives on migration in our own country, but it is important to remember that our country’s conversation is also a part of a global conversation.  As many developed countries are trying to limit some of the permeability of their borders, and as economic migrants seek to improve their economic opportunities,  the immigration debates become more central to  Since there has been As the Pew Research data shows, in North America, the immigration discussion and the refugee discussion have converged, where in countries such as Greece they are very much different conversations.

Belize: A Spanish Accent in an English-Speaking Country

"BELIZE has long been a country of immigrants. British timber-cutters imported African slaves in the 18th century, and in the 1840s Mexican Mayans fled a civil war."

This is an older article (2012), but the pattern mentioned here is all the more relevant.  Belize has a much higher Human Development Index ranking that its Central American neighbors such as Guatemala.  That fact alone makes Belize a likely destination for migrants.  Given that Belize was ‘British Honduras’ during colonial times, English is (still) the official language, but that is changing as increasingly Spanish-speaking immigrants are changing the cultural profile of Belize.

Minnesota becomes a gateway to Canada for rejected African migrants

More than 430 African migrants have arrived in Winnipeg since April, up from 70 three years ago. Most come by way of Minneapolis, sometimes after grueling treks across Latin America and stints in U.S. immigration detention.

A tangle of factors is fueling the surge: brisker traffic along an immigrant smuggling route out of East Africa, stepped-up deportations under the Obama administration and the lure of Canada’s gentler welcome. Advocates expect the Trump administration’s harder line on immigration will spur even more illegal crossings into Canada, where some nonprofits serving asylum seekers are already overwhelmed. Now Canadians worry smugglers are making fresh profits from asylum seekers and migrants take more risks to make the crossing.

Here are just a handful of the 12 million men, women, and children who arrived at Ellis Island, New York, between 1892 and 1954 to start a new life in the USA, often dressed in their finest clothes. The portraits show immigrants wearing the national dress of their country of origin, including military uniforms from Albania, bonnets from the Netherlands, and clothing of Sámi people from the Arctic regions.

The photographs were taken between 1906 and 1914 by amateur photographer Augustus Francis Sherman, the chief registry clerk at Ellis Island, then the country’s busiest immigration station. In 1907 some of the photos were published by National Geographic.

These images show some of the diverse cultural backgrounds of turn-of-the-century American immigrants.  The formal clothing that represents the folk cultures that they came from hint at the massive cultural shift that these immigrants must have experienced upon arriving to the United States.  These photos of migrants wearing clothing representing their Old World lives right as they are about to culturally assimilate (or acculturate) into the New World are pictures I find quite poignant and personal.

Marco Gutierrez, founder of Latinos for Trump, explains his view of immigration and assimilation to the US.

I’m NOT trying to use this platform to advance any partisan political agenda, but I think this brings up some very interesting narratives that are used when discussing migration and culture, which becomes a political ‘hot-button’ topic.  There is often cultural pressure on the migrant to assimilate into the host culture (or at least acculturate to a certain degree).  This larger national discussion centers on whether cultural assimilation should be expected of migrants and how much cultural diffusion the host culture will be receiving from the migrants.

Questions to Ponder: How are cultural norms placed on migrants?  What are some recent examples of migrants not wanting to assimilate that have led to political tension?

When Mexico Was Flooded By Immigrants

In the early nineteenth-century, Mexico had a problem with American immigrants.

A century and a half ago, the immigration debate and geopolitical shifts in power on the United States-Mexico border reflected a profoundly different dynamic than it does today.  This history has enduring cultural impacts on southwestern states that had the international border jump them.

U.S. Hispanic and Asian populations growing, but for different reasons

Both Hispanics and Asians been among the fastest-growing racial/ethnic groups in recent years, but since 2010, number of Asians have increased at a faster rate.

It is often noted that the cultural composition of the United States is undergoing a shift, referred to by some as the “Browning of America.”  The story of Asian and Hispanic growth in the United States are occurring simultaneously, which makes many assume that they are growing for the same reasons.  The data clearly shows that this is not the case. 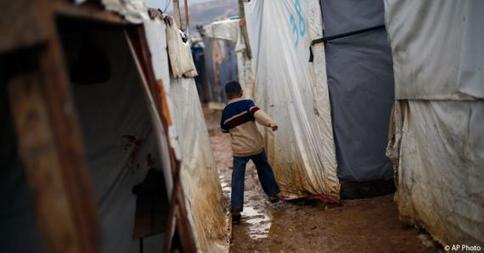