Indonesia ‘discards’ its capital Jakarta for a new one, but we can’t just dispose of cities 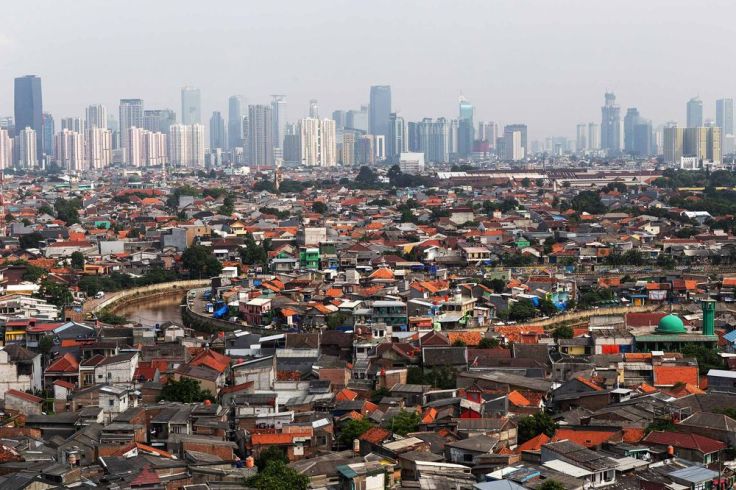 “Indonesia’s government is advancing plans to relocate the country’s capital more than 1,000 kilometres away, from Jakarta on densely populated Java island to Borneo. At a time when modern consumer societies are awash in disposable products, the relocation plan seems to exemplify global society’s tendency to throw things away once they can no longer be used. In other words, Jakarta is a ‘disposable city.’ The situation with Jakarta is only the latest case of a country shifting its capital from an unmanageable urban context.”   Source:  The Conversation

This article, while on the surface is about forward capitals, and Jakarta’s plan to change it’s capital city,  is truly about unsustainable urban land use practices.  Relocating a capital is a part a a fix to alleviate the pressures on the government, but it does not solve the ecological problems of the city itself.  This article is a plea to push for more sustainable urban initiatives.

Geo-economics of the Thai Canal

A group of influential Thai officials is promoting the construction of a long-envisioned megaproject, known as the Thai Canal. If built, it would transform the regional maritime dynamics and give Thailand a substantial stake in global trade. Yet, as ambitious as the project it, there are equally credible drawbacks that could reshape the geo-economic fortunes of Southeast Asia.

The Straits of Malacca is an incredibly busy waterway.  Around 20% of global trade and 30% of the world’s crude oil travel through this tiny choke point.  At its narrowest, the Straits of Malacca is less than 2 miles wide and as Asian economies grow, alternative shipping lanes are becoming more attractive.  China is looking to bankroll a canal that would bisect the Malay Peninsula and reduce their dependency on the Straits of Malacca.  This is still uncertain, but would represent a major geo-engineering project that

Perspectives: What are the positives and negatives of this plan for Thailand?  China?  The United States?

‘It’s Our Right’: Christian Congregation In Indonesia Fights To Worship In Its Church 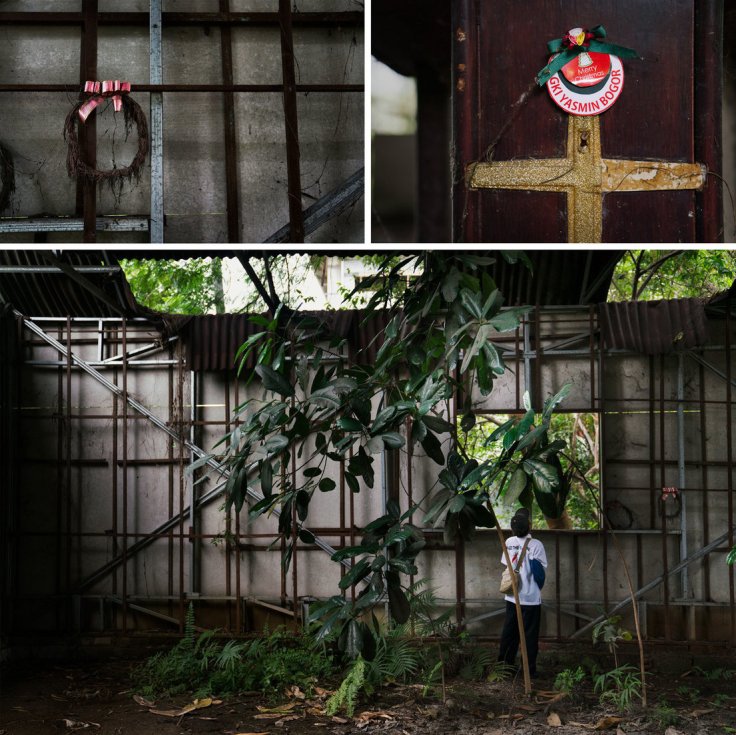 A Christian congregation outside Jakarta built a new church legally, but Muslims in the area object to it. In 2010, the Supreme Court ruled to allow worship at the church, but it remains sealed.

Indonesia, with its mix of Muslim, Hindu, Buddhist and Christian citizens, has long had a reputation as a country that embraces religious diversity. Andreas Harsono, the Indonesia researcher for Human Rights Watch, sees things differently.

Singapore passport becomes ‘most powerful’ in the world 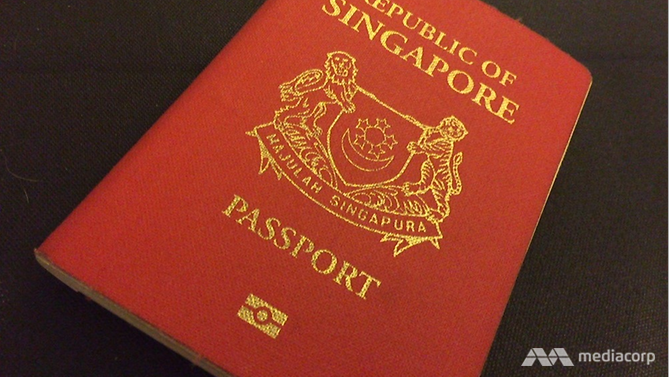 Historically, the top ten most powerful passports in the world were mostly European, with Germany having the lead for the past two years. Since early 2017, Singapore has tied for number one position with Germany. For the first time ever an Asian country has the most powerful passport in the world. It is a testament of Singapore’s inclusive diplomatic relations and effective foreign policy.”

Who else is high on the list of the most powerful passports in the world?  This tier system is based on the number of visa-free entries available to the holder of the visa:

6. USA (that’s tied for 19th for you competitive sorts)

In recent years, democratic reforms have swept through Myanmar, a country that for decades was ruled by a military junta. As the reforms took hold, however, things were growing progressively worse for the Rohingya, a heavily persecuted ethnic Muslim minority concentrated in the country’s western state of Rakhine. The 2012 gang rape and murder of a Buddhist woman by three Muslim men ignited violent riots in which hundreds were killed as Rakhine Buddhists and Rohingya attacked each other. In the following months, tens of thousands of Rohingya were rounded up and forced to live in squalid camps; Human Rights Watch deemed the attacks crimes against humanity that amounted to ethnic cleansing of the Rohingya. Thousands of Rohingya have since attempted to leave the country, fueling the region’s intricate and brutal human trafficking network.

Teaching About the Rohingya Crisis in Myanmar 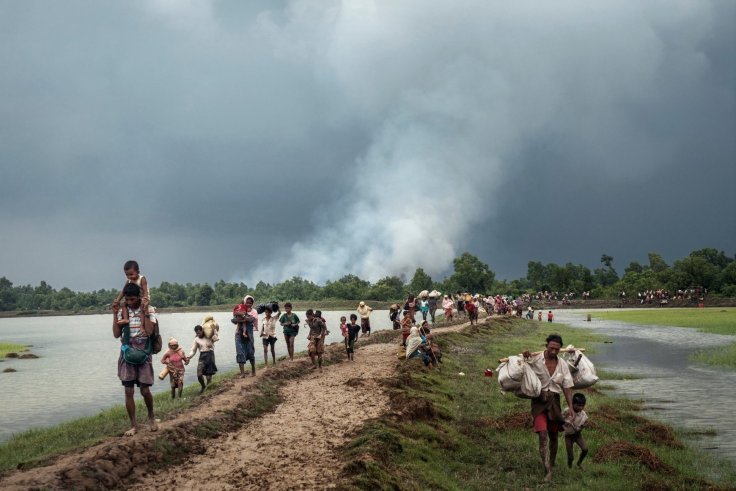 “Why are hundreds of thousands of Rohingya refugees fleeing Myanmar? Who are the Rohingya and why are they being persecuted? What responsibility does the world have to end what the United Nations is calling ‘ethnic cleansing’ and many are labeling ‘genocide’? In this lesson, students will first learn about the crisis unfolding in Myanmar using Times reporting, videos, podcasts and photography. Then, we suggest a variety of activities for going deeper, such as tackling universal questions about national identity and minority rights, considering the responsibility of the world community, and going inside the squalid refugee camps sprawling across the border in Bangladesh.”

This issue is not as firmly fixed in our minds as it should be.  So much of our media’s attention is on less substantial issues, that when they compile resources for teachers on a subject like this, it deserves mentioning.  Even if you have already read your 10 free monthly articles from the NY Times, you can still watch the video embedded in the lesson.  Attached is a worksheet that I will be using in my classes (feel free to adapt and use).

The Rohingya in Myanmar: How Years of Strife Grew Into a Crisis 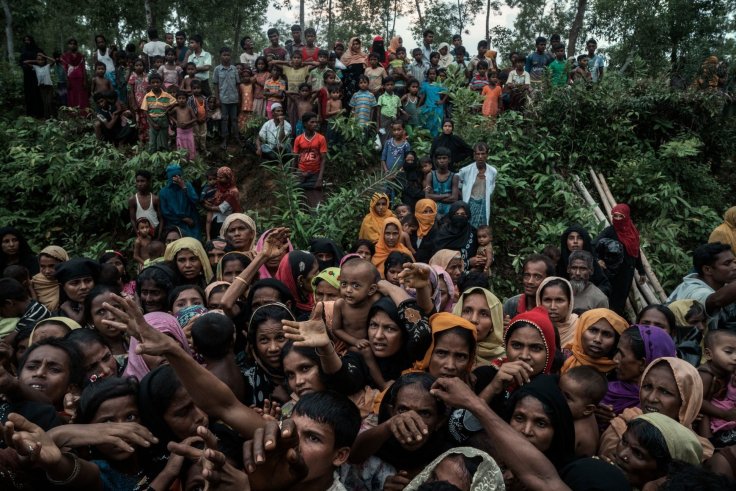 Life has long been fraught for a Muslim minority in mainly Buddhist Myanmar, but the recent “ethnic cleansing” has sent Rohingya fleeing en masse.

Many students have asked the question “Who are the Rohingya?” The Muslim minority group, concentrated near the Bangladeshi has a long history of marginalization. Its members lack full citizenship in Myanmar (Burma), and many in Myanmar deny that the Rohingya are a native ethnic group, claiming that they are recent Bengali immigrants. Now, fierce clashes between security forces and Rohingya militants left hundreds dead and entire villages torched to the ground. Hundreds of thousands of Rohingya have fled over the border into Bangladesh. 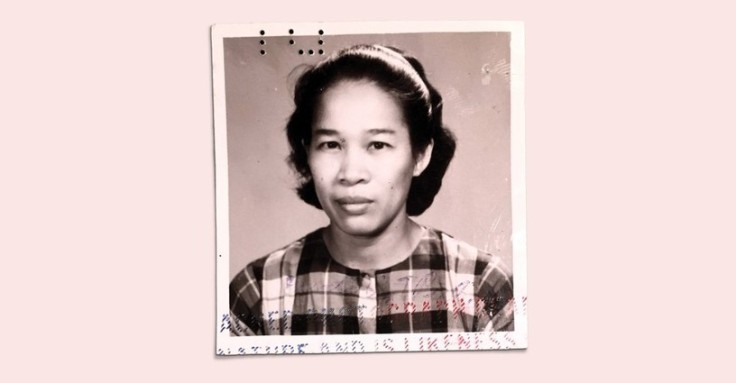 She lived with us for 56 years. She raised me and my siblings without pay. I was 11, a typical American kid, before I realized who she was.

The Spanish Crown eventually began phasing out slavery at home and in its colonies, but parts of the Philippines were so far-flung that authorities couldn’t keep a close eye. Traditions persisted under different guises, even after the U.S. took control of the islands in 1898. Today even the poor can have utusans or katulongs (“helpers”) or kasambahays (“domestics”), as long as there are people even poorer. The pool is deep.

This article created a huge stir from the moment it was published, especially within the U.S. Filipino community.  Slavery is reprehensible, but to most people today, it is incomprehensible to imagine how one human could ever enslave another.  This story of a Filipino family that brought a ‘domestic worker’ with them to the United States is a riveting tale that offers glimpses into the cultural context of modern-day slavery.  The author was born into this family and it’s a painful tale intermingled with agony, love, cruelty, tenderness, guilt, and growth.  This article is a long read, but well worth it.  You can listen to a 55-minute audio version of the article, or also listen to the NPR 5-minute version. 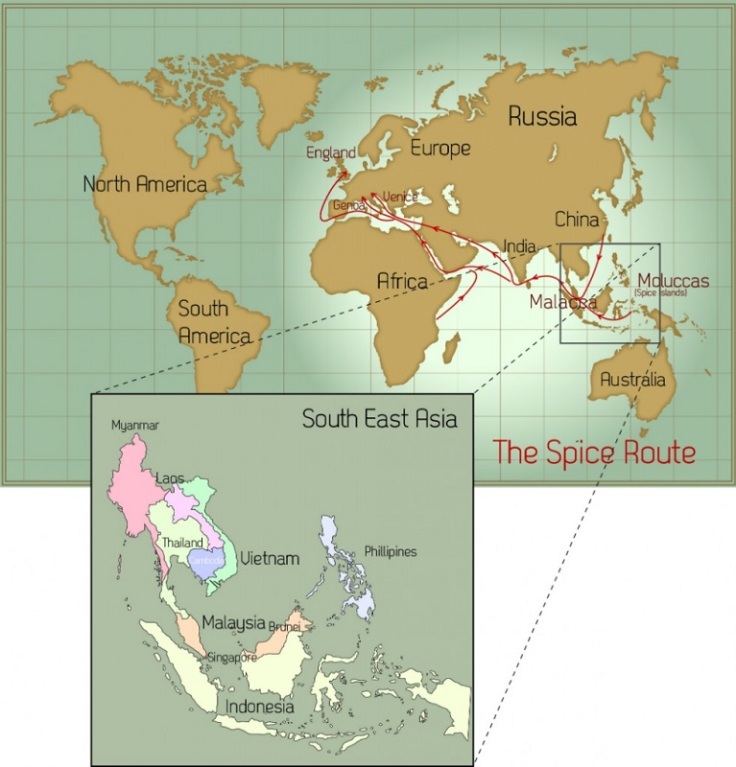 “In its day, the spice trade was the world’s biggest industry. It established and destroyed empires and helped the Europeans (who were looking for alternate routes to the east) map the globe through their discovery of new continents. What was once tightly controlled by the Arabs for centuries was now available throughout Europe with the establishment of the Ocean Spice Trade route connecting Europe directly to South Asia (India) and South East Asia.”

The spice trade changed how we eat forever but it did so much more.  The fall of Constantinople to the Ottoman Empire cut off Europe from the vital trade routes to the east and access to the most prized commodities of the day.  What drove European exploration to get around Africa and to cross the Atlantic?  It was to reshape their situation location relative to the economic networks that shaped the emerging global economy.  In essence, the spice trade reshaped the fortunes and trajectories of several major world regions.