“If there were a contest for the 2020 event with the most far-reaching implications for global peace and security, the field would be crowded. From the coronavirus pandemic to climate change’s growing impact, the Trump administration’s scorched-earth policies after Joe Biden’s election, the Azerbaijani-Armenian war over Nagorno-Karabakh, and a deadly conflict in Ethiopia’s Tigray region, it has been an eventful year. In 2021, the world will be dealing with the aftermath and sifting through the debris.

In Sudan, Lebanon, and Venezuela, to mention but a few examples, one can expect the number of unemployed to grow, real incomes to collapse, governments to face mounting difficulties paying security forces, and the general population to increasingly rely on state support at a time when states are least equipped to provide it. The lines separating economic dissatisfaction from social unrest, and social unrest from outbreaks of violence, are thin.”

There are always some ‘hot spots’ around the world that might boil over into armed conflict, and some that are already at that stage, but that we collectively might have forgotten about during the pandemic. These 10 conflicts are highlighted to list some of the geopolitically most pertinent conflicts in the world right now.

Flawed Justice After a Mob Killed an Afghan Woman

At first, the trial and convictions in the death of Farkhunda Malikzada seemed a victory in the long struggle to give Afghan women their due in court. But a deeper look suggests otherwise.

DISCLAIMER: I strongly recommend that the video not be shown in class (I wouldn’t show the embedded video in my college classes, but I would discuss the article).  The video is as horrific as anything I’ve ever seen and yet I feel compelled to share the story because it is important to understand the cultural and institutional problems of Afghanistan to get a handle on the deeply entrenched issues. This also shows parts of Afghanistan are seeking to make the transition into a more modern society, but there are other elements that are firmly rooted in the past where mob rule was once more easily justified.

For Afghan Policewomen, Sex Abuse Is A Job Hazard 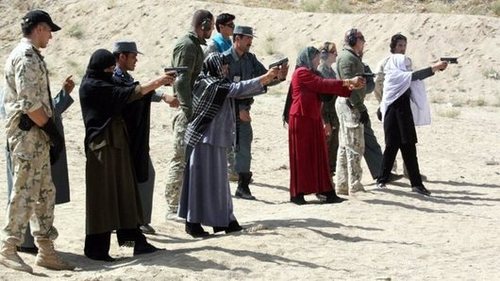 The Afghan security forces now include hundreds of women, but they can face significant risks. In the northern city of Mazar-e-Sharif, policewomen say abuse is widespread and even includes rape by their male colleagues.

Warning: this podcast is an uncomfortable listen, but truly highlights how different a world it can be for women in countries with rigid gender norms.  Gender norms and public space play a critical role in how many societies think about what is often considered “appropriate” behavior.

Discussion Points: what efforts should be encouraged in Afghanistan to prevent this sort of problem?  WHO should be sponsoring these efforts for them to be most successful? How might a ‘good plan on paper’ backfire if you don’t understand the cultural geography of the region?
Via www.npr.org