“The United Nations Development Programme started to advocate against the practice of female genital mutilation (FGM) back in 2003 when it was taboo even to speak about it. In 2008, the practice was banned. The government of Egypt has institutionalized the adoption of FGM abandonment; while prevalence rates remain high (namely among older women), the response of younger girls and mothers of new generations to FGM abandonment campaigns is much higher.”

This is always a difficult topic for me to talk about in my college classes since it is such a sensitive topic.  However, because it touches on so many taboo topics, that is the very reason that that practice of FGM has continued in many African and Middle Eastern countries.  See the map embedded in this article to know which countries have the highest prevalency rates.  Some are concerned that through relocation diffusion, international migrants can bring this practice to areas such as Europe. Western efforts to eradicate FGM are usually ineffective and sometimes backfire (the author in the linked articles feels that the term mutilation, while accurate, is counterproductive).

Welcome to the land that no country wants

Bir Tawil is the last truly unclaimed land on earth: a tiny sliver of Africa ruled by no state, inhabited by no permanent residents and governed by no laws.

Both Sudan and Egypt claim the rightful border between their countries should include the Hala’ib Triangle on their side of the border.  This leaves Bir Tawil unclaimed and it pops up in the news when those hoping to create a micronation claim it.  This bizarre case exemplifies some important principles of political geography with a tangible example to test the limits of political sovereignty and what it take to be called a country.  If discussing the elements necessary to create a state, this article would help fuel a discussion, especially when some people are eager to create their own micronation. 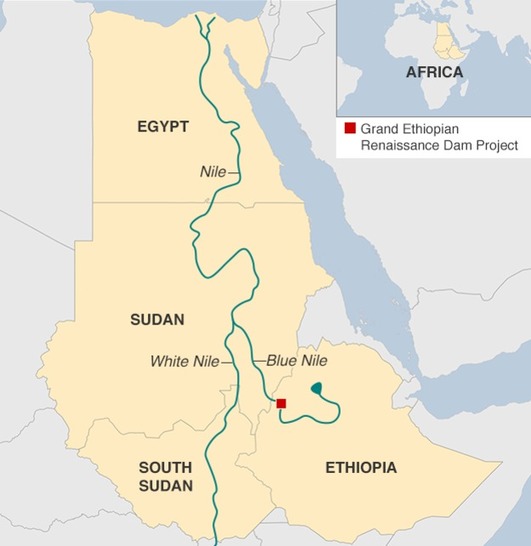 Three African leaders sign an initial deal to end a long-running dispute over the sharing of Nile waters and the building of Africa’s biggest hydroelectric dam.

85% of the Nile’s water comes from the Blue Nile that originates in the Ethiopian highlands–it is the Blue Nile that Ethiopia has been working on damming since 2011.  The Grand Ethiopia Renaissance Dam (GERD) will be located near the border with Sudan (see in Google Maps).  Prior to this trilateral agreement, Egypt and Sudan received the majority of the Nile’s waters because of outdated colonial-era treaties that ignored upstream riparian states.  This explains why in the past, Egypt was so adamantly opposed to Ethiopia’s plan fearing that their water supply with be threatened.  Today though, the Egyptian President said, “We have chosen cooperation, and to trust one another for the sake of development.” 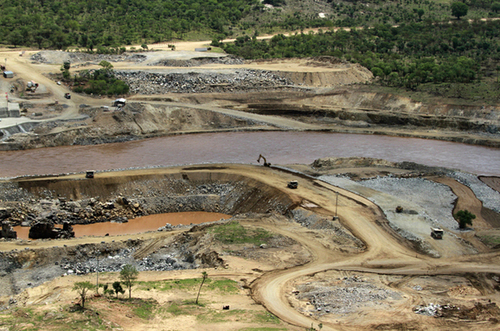