Humour in the steppes of Mongolia 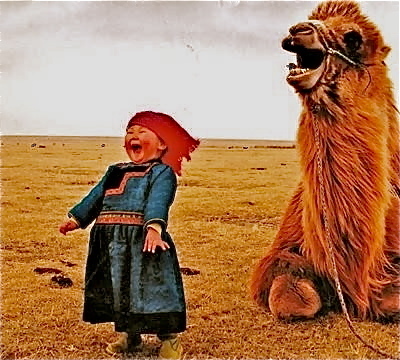 I can´t stop smiling from a photo I stumbled upon on the facebook page of Nomaden (a Norwegian travel store) – I just love it! I tried to find the source of the photo, but no luck. I found it sprea…

I think this is my new litmus test for potential friends.  If this picture from Mongolia doesn’t bring a smile to your face, I just don’t think that we can be friends.  If anyone can find the original source (or a hi-res version), I’d love to hear about it. 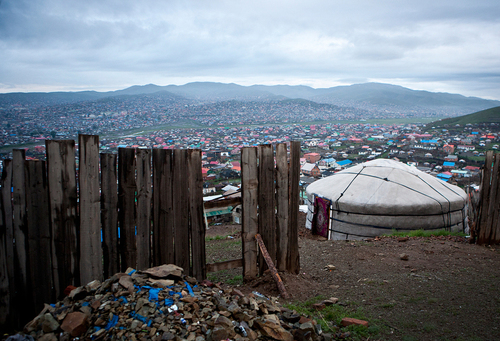 Through his Vanishing Cultures Project photographer Taylor Weidman documents threatened ways of life.  About his work in Mongolia, he states: “Mongolian pastoral herders make up one of the world’s largest remaining nomadic cultures. For millennia they have lived on the steppes, grazing their livestock on the lush grasslands. But today, their traditional way of life is at risk on multiple fronts. Alongside a rapidly changing economic landscape, climate change and desertification are also threatening nomadic life, killing both herds and grazing land.”

In times of ecological hardships and global economic restructuring, many children of nomadic herders are seeking employment out of the rural areas and in the urban environment.  The cultural change that this represents is for Mongolia enormous and is captured wonderfully in this photo gallery.  Pictured above are the ger (yurt) camps that ring the capital city Ulaanbaatar.  Ulaanbaatar houses a permanent population of displaced nomads. During the winter, Ulaanbaatar is the second most air-polluted capital in the world due largely to coal burning. 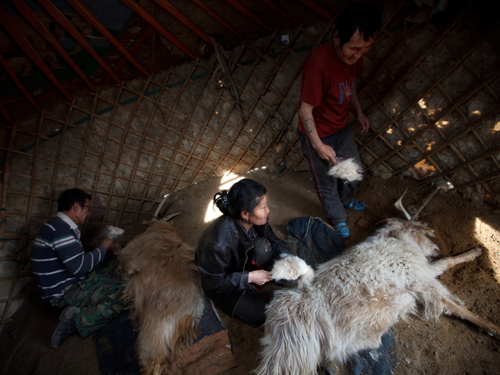 With desertification, drought and a booming mining industry, Mongolians are leaving the traditional life of herding. Herdsman Bat-Erdene Badam says he will be the last in his family to tend livestock.

How is globalization changing the traditional pastoral society of Mongolia?  As China’s industrial production was ballooned, their need for mineral resources has need towards more mining jobs in Mongolia.  For more information and pictures on this topic, see: http://www.npr.org/series/152995168/mongolia-booms