“Despite Mexico’s strengthening democracy and booming economy, the country’s security crisis rages on. Fifty thousand people have been killed in the past five years due to drug and organized crime-related violence.”

Drug trafficking between Mexico and the Unites States has been burdening both countries for decades. Violence, drug abuse, kidnappings, murders, and government corruption are just a few of the issues that have resulted from it. The Mexican cartela are the culprits behind all of these issues. This gang is funded by drug money. They even exchange drugs for weapons over the U.S border. Recently, many Mexican marijuana farmers have stopped production due to the legalization of pot in many U.S states. Because pot is being produced in smaller quantities in Mexico, the amount of trafficking over the border will decrease, additionally resulting in lower crime rates and violence at the border. The only sure way to help end the drug war is to end the use of illegal drugs in both Mexico and the United States, but that is easier said than done. 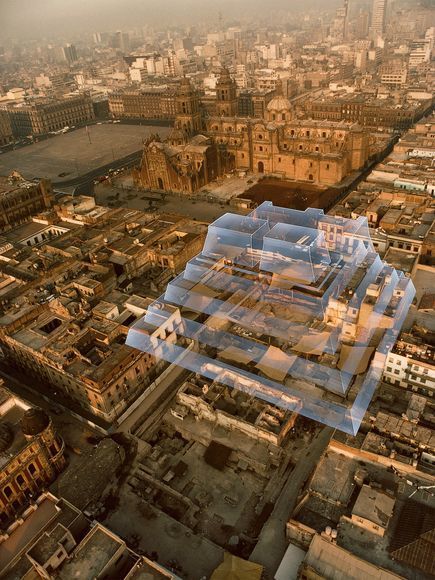 Below street level in Mexico City, archaeologists have found a jumble of bones dating to the 1480s.

In the 1970s, construction workers unearthed numerous archaeological finds as the subway was being constructed.  The Mexican government decided to clear the several block of old colonial buildings to reveal the Templo Mayor, the ancient Aztec religious center.  Not coincidentally, the Spaniards built their religious center in the same place.  During the colonial era, the indigenous residents who spoke Spanish in Mexico City still referred to this portion of the city as la pirámide.  Today more finds such as this one are continuing to help us piece together the past of this immensely rich, multi-layered place filled with symbolic value.