Reality can be a Matter of Perspective

“Human eyes could be easier to trick than you might think. A Japanese professor, Kokichi Sugihara, created sculptures that trick the mind to see the impossible. He was the winner of the Best Illusion of the Year Contest in 2010 and 2nd place in 2016.”

“To become a Japanese citizen, a foreigner must display ‘good conduct’, among other things. The rules do not specify what that means, and make no mention of living wafu (Japanese-style). But for one candidate, at least, it involved officials looking in his fridge and inspecting his children’s toys to see if he was Japanese enough (he was). Bureaucratic discretion is the main reason why it is hard to get Japanese nationality. The ministry of justice, which handles the process, says officials may visit applicants’ homes and talk to their neighbors.”

Japan has a remarkably homogeneous population, in large part because they have very tight immigration laws (here is a more extended list of the requirements to obtain a Japanese citizenship).

Questions to Ponder: How is the notion of Japanese citizenship different from American citizenship?  As Japan’s population continues to decline, how might that change Japan’s migration/citizenship policies?

The Best News You Don’t Know 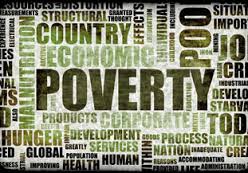 I’ve covered massacres in South Sudan, concentration camps in Myanmar and widespread stunting in India, but it’s also important to acknowledge the backdrop of global progress. Otherwise, the public may perceive poverty as hopeless and see no point in carrying on the fight — at just the point when we’re making the most rapid gains ever recorded.

The world is winning the war on extreme poverty, but most Americans think that poverty is getting worse. Doom and gloom can dominate media coverage because a horrific tragedy gets better rating than slow incremental improvements.  The general public is often ignorant of the measurable improvements going on in the world today.  No, the world isn’t perfect, but it is getting better.

It’s a Matter of Perspective

“There’s a flip side to everything,” the saying goes, and in 2 minutes, Derek Sivers shows this is true in a few ways you might not expect.

In this ultra-short TED talk, Derek Sivers show that what is considered true is often dependent on your perspective, the context, and how it is situated within a particular paradigm.  This is a mind-blowing video because it exposed our framework (which might go unquestioned as universal) to be but one of many ways in which to organize the world and the information within it.  His first example is the Japanese address system (I prefer to show this version of the same material since the visuals are better).  I also enjoy showing this clip together to hammer home the point that our perspective shapes our view of reality.
Tags: Japan, perspective, TED.
September 8, 2016 0

Are we better off than we think?

The Danger of a Single Story

Our lives, our cultures, are composed of many overlapping stories. Novelist Chimamanda Adichie tells the story of how she found her authentic cultural voice — and warns that if we hear only a single story about another person or country, we risk a critical misunderstanding.

To gain a global perspective inherently requires understanding multiple perspectives.  Africa is frequently portrayed as ‘the other’ but also homogenized within a single narrative that ‘flattens’ truth.  How can we teach and learn about other places in a way that develops geographic empathy and shows the many stories of that can belong to any one place? 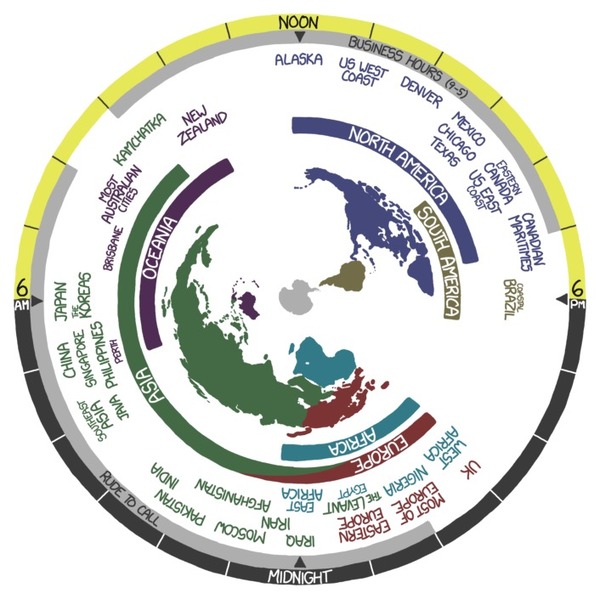 The question, “what time is it?” does not have one right answer.  The correct answer is dependent on your location on the Earth and the cultural and political conventions of the society in which live.  Don’t mistake a cartoon for a map without substance.

NASA and the World Cup 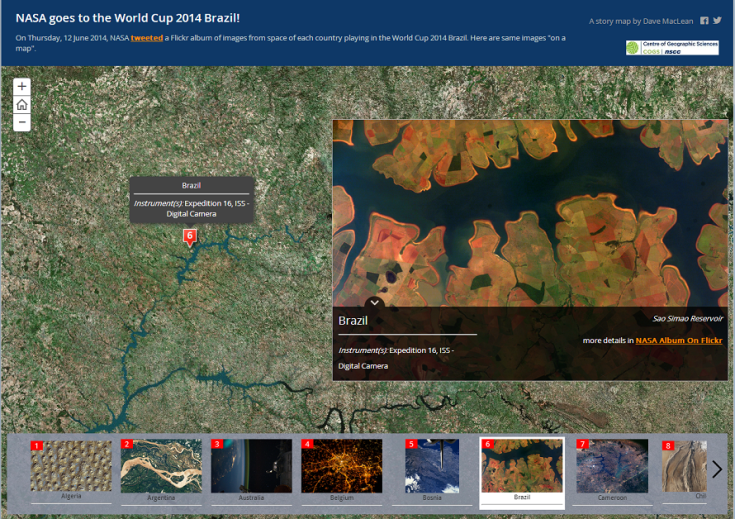 “NASA goes to the World Cup! Satellite imagery from each country playing.”

Not that we need any extra incentive to view NASA’s gorgeous satellite imagery, but now that the World Cup has entered the knockout rounds, it is the perfect opportunity to view selected images from the participating countries.  This gallery of a dozen World Cup StoryMaps are but a few of the thousands of Esri StoryMaps that can serve as motivation to get your K-12 U.S. school an organizational account for ArcGIS online (then your students can make cool maps like these).