Where Do Borders Need to Be Redrawn? – Room for Debate

What parts of the world should rethink their maps? Why and how?

Maps are always changing as a new nation gets added and old lines cease to make sense. Territory is claimed and reclaimed.  This series of seven articles in the New York Times explores regional examples of how borders impacts places from a variety of scholarly perspectives.  Together, these article challenge student to reconsider the world map and to conceptualize conflicts within a spatial context. 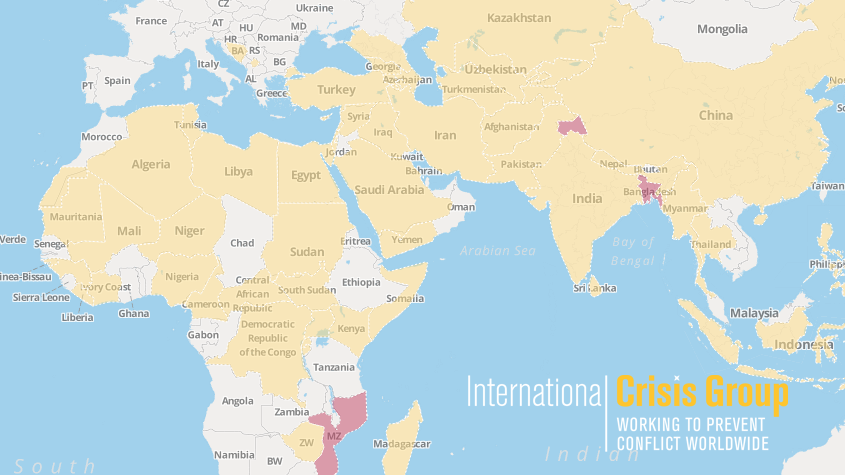 You and your students can browse through this interactive map for an update on conflict situations around the world.  The International Crisis Group is an independent, non-profit, non-governmental organization committed to preventing and resolving deadly conflict; they’ve created this interactive map to help us stay informed about the most important conflict issues around the world.  I’m placing this on my list of favorite resources as this is one worth returning to on a regular basis.

Where Will The World’s Water Conflicts Erupt?

As the climate shifts, rivers will both flood and dry up more often, according to the latest report from the Intergovernmental Panel on Climate Change. Shortages are especially likely in parts of the world already strapped for water, so political scientists expect feuds will become even more intense. To track disputes worldwide, researchers at Oregon State University spent a decade building a comprehensive database of international exchanges—-both conflicts and alliances—over shared water resources. They found that countries often begin disputes belligerently but ultimately reach peaceful agreements. Says Aaron Wolf, the geographer who leads the project, “For me the really interesting part is how even Arabs and Israelis, Indians and Pakistanis, are able to resolve their differences and find a solution.”

Too often we think of political conflicts within the framework of state borders; this mapping project divides the world into watersheds and forces us to look at global politics through a different and enlightening lens (Hi-Res image).  Oil might be the most economically valuable liquid resource, but water is the most critical for human habitation.  This infographic is reminiscent of this one, asking where the next ‘water wars’ might take place.