Would Turkey accept a Kurdish state? 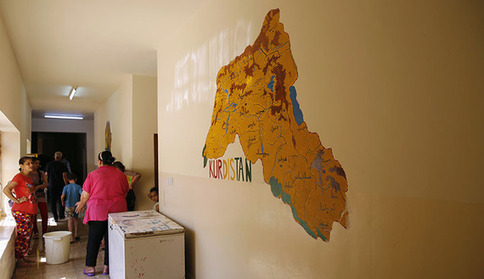 As the likelihood of an independent Kurdish state on Turkey’s eastern border grows, Ankara is losing its historical resistance to the idea.

Developments in Iraq have left Turkey facing the prospect of an independent Kurdish state on its eastern border. Such an idea would have been abhorrent for Turkey a mere decade ago for fear that its existence would incite separation among its own restive Kurds. The standard Turkish narrative at the time was that an independent Kurdistan was a Western project aimed at destroying Turkey, an age-old ambition. Even the 2003 US invasion of Iraq was viewed in this context by many. The picture is no longer so black and white.