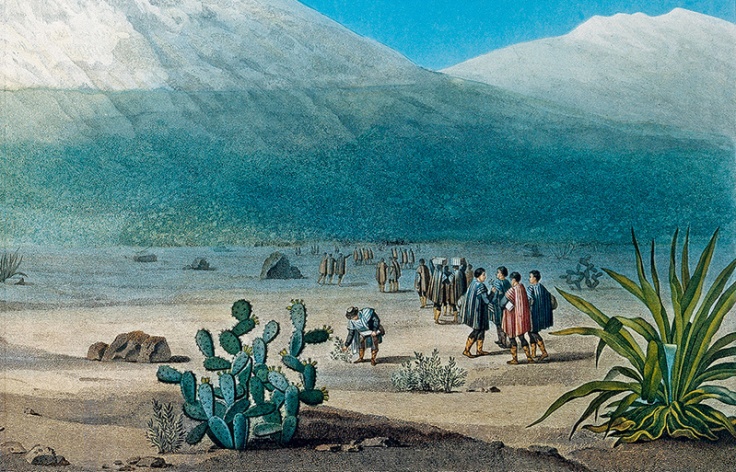 The Prussian naturalist Alexander von Humboldt (1769–1859) is all around us. Yet he is invisible. “Alexander von Humboldt has been largely forgotten in the English-speaking world,” writes Andrea Wulf in her thrilling new biography. “It is almost as though his ideas have become so manifest that the man behind them has disappeared.” Wulf’s book is as much a history of those ideas as it is of the man. The man may be lost but his ideas have never been more alive.

Alexander von Humboldt has been described as the last great ancient geographer concerned with understanding an eclectic cosmography as well as the first modern geographer. He is honored far and wide throughout Europe and especially Latin America for his explorations, but given that people are confused as how to categorize him and classify his contributions, today he is under-appreciated.  Geographers need to reclaim his memory and call his extensive, globetrotting work on a wide range of subjects ‘geography.’  Here are more articles and videos on the man that I feel geographers should publicly champion as their intellectual ancestor the way that biologists point to Darwin.