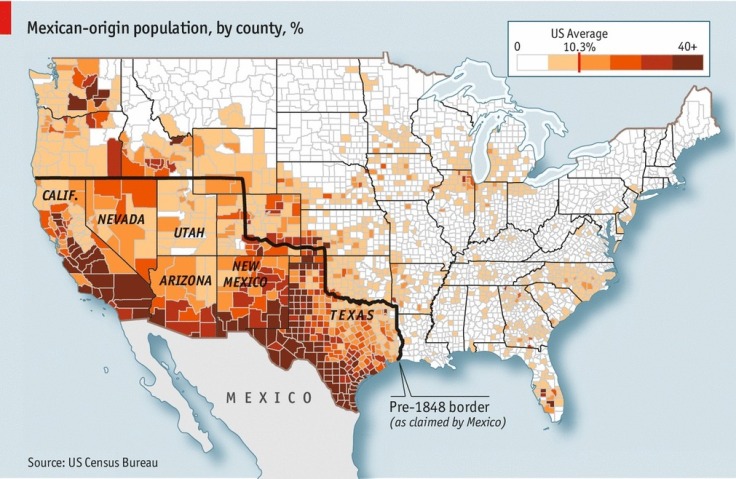 On February 2nd 1848, following a short and one-sided war, Mexico agreed to cede more than half its territory to the United States. An area covering most of present-day Arizona, California, Nevada, New Mexico and Utah, plus parts of several other states, was handed over to gringolandia. The rebellious state of Tejas, which had declared its independence from Mexico in 1836, was recognised as American soil too. But a century and a half later, communities have proved more durable than borders. The counties with the highest concentration of Mexicans (as defined by ethnicity, rather than citizenship) overlap closely with the area that belonged to Mexico before the great gringo land-grab of 1848. Some are recent arrivals; others trace their roots to long before the map was redrawn. They didn’t jump the border—it jumped them.