Growth of underwater cables that power the web 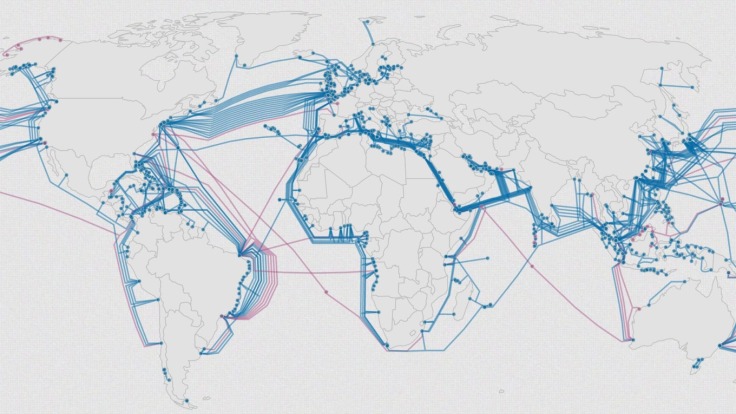 “The map above, created with data from Telegeography, shows how those cables have developed since 1990. Most existing cables were constructed during a period of rapid growth in the mid-2000’s. This was followed by a gap of several years during which companies steadily exhausted the available capacity. Over the last few years, explosive new demand, driven by streaming video, has once again jumpstarted the the construction of new cables.”

Twenty years ago, people were still connecting to the internet with a dial-up connection through their modem (if you don’t know what that sounds like, this was once the sound of interconnectivity).  People focus on cell phones, tablets, and cool gadgets when discussing the digital transformation of globalization, but it all rests on the infrastructure of the global connectivity that is mapped out here.  Even still, global trade rests on the back of container ships moving manufactured goods from far-flung factories to major markets.