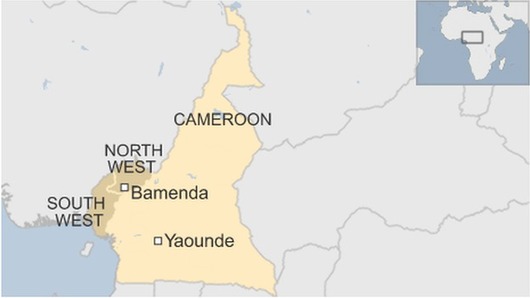 Some 100 people are arrested after protests against using French in Cameroon’s English-speaking region.

Areas controlled by Britain and France joined to form Cameroon after the colonial powers withdrew in the 1960s. The country has 10 semi-autonomous administrative regions – eight are Francophone and use the French civil law. English-speakers have long complained that they face discrimination. They often complain that they are excluded from top civil service jobs and that government documents are often only published in French, even though English is also an official language. Bamenda is the founding place of Cameroon’s largest opposition political party, the Social Democratic Front.