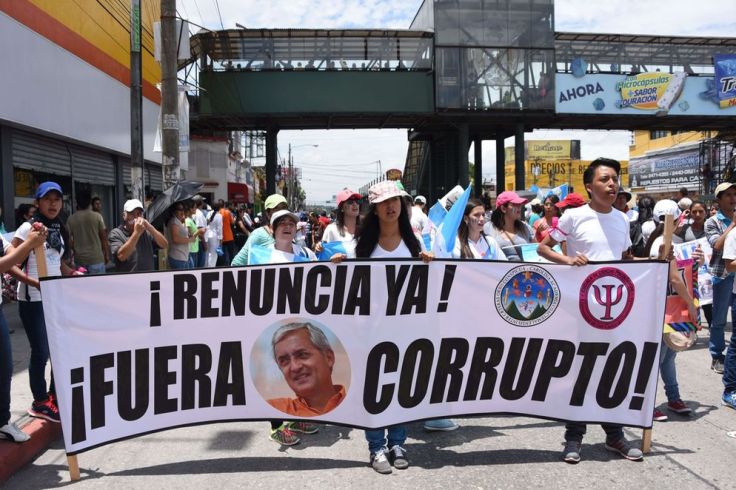 “Morales will take office in the wake of Guatemala’s worst political crisis in decades, resulting in the resignations of President Otto Pérez Molina, Vice President Roxana Baldetti, and multiple cabinet members—all of whom are now prosecuted for their role in a massive corruption ring.”

How does an online movement become a revolution?  Much has been made about how much organizing for the Arab Spring was conducted online, but it still needed old-fashioned protesting, gathering in the streets, and controlling symbolic public spaces to add meaning to their movement.  This podcast shows the behind-the-scenes look at how a small online Facebook group against corruption in Guatemala, not only pulled down their targeted villain (the vice president), but also eroded support for the president that propped up the whole system.