Agriculture and Rural Land Use 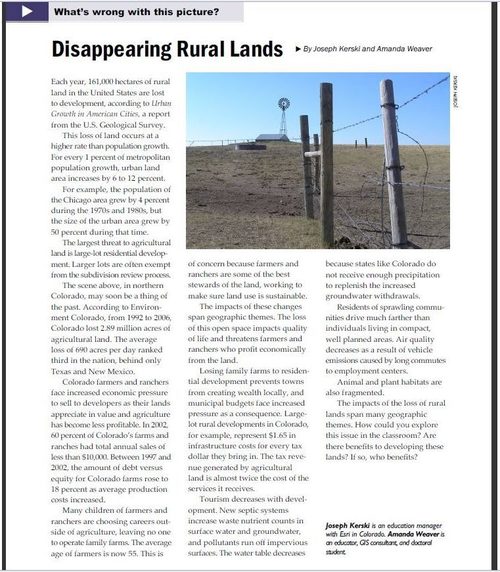 This screenshot is of a great article in this month’s edition of NCGE’s newsletter focusing on rural lands and recent changes to rural systems.  Follow the link for the whole newsletter including an edition of Geography in the News on Siberia’s Northern Railway.

TED Talks Western countries throw out nearly half of their food, not because it’s inedible — but because it doesn’t look appealing. Tristram Stuart delves into the shocking data of wasted food, calling for a more responsible use of global resources.

No one should be surprised that more developed societies are more wasteful societies.  It is not just personal wasting of food at the house and restaurants that are the problem.  Perfectly edible food is thrown out due to size (smaller than standards but perfectly normal), cosmetics (Bananas that are shaped ‘funny’) and costumer preference (discarded bread crust).  This is an intriguing perpective on our consumptive culture, but it also is helpful in framing issues such as sustainability and human and environmental interactions in a technologically advanced societies that are often removed form the land where the food they eat originates.

The disaster underscores the need to diversify our crops.

AAG: The drought that has hammered much of the country has clearly illustrated the dangers that come with limited agricultural diversity, writes Macalester College geography professor William G. Moseley in this opinion piece. Federal subsidies have encouraged the growth of corn, but this crop is quite vulnerable to drought, Moseley writes. “A more diverse cropping landscape would mean viable farms, healthier diets and a steadier food system,” he writes.

Where is my Milk From? 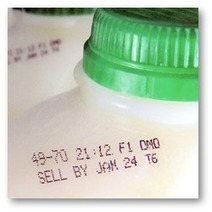 Find out which dairy your milk comes from!

Too often we have heard the answer “from the grocery store!”  With more thought, the farm would be the next answer, but what kind of farm?  Which farm? Where is coming from?  All you need to arm your students to make the commodity chain more personal is the code on the carton and this link, and they are on their way to exploring the geography of industrial agriculture (more likely than not).  This site is designed to help consumer become more aware of the geography of diary production and to get to know where the products that we are putting in are body are coming from.  So, where does your milk come from?

This video (like the book of the same title) explores the course of human history to find the geographic factors that can help to explain the global inequalities between societies. Jared Diamond’s answer lies in the military strength (guns), superior pathogens (germs) and industrial production (steel) that agricultural societies were able to develop as the critical advantages over hunter/gatherer societies. The raw materials at the disposal of the societies inhabiting particular environments partially explain the economic possibilities before them.

Diamond hypothesizes that the orientations of the continents play a critical role in the relative advantages among agricultural societies (East-West orientations allow for greater diffusion of agricultural technologies than North-South orientations since the growing seasons and ecology are more compatible), giving Eurasia an advantage over Africa and the Americas. The Fertile Crescent had native plant and animal species ideal for domestication, which then diffused to Europe. Societies that have more developed animal husbandry develop a resistance to more powerful germs. Consequently, when two societies come in contact those with the best resistance to the worse diseases are more successful. Similarly, industrial production depends on an agricultural surplus since specialization requires that some workers not needing to produce their own food to work on technological innovations. Societies that had agricultural advantages were able to invest in technologies (primarily steel) that would enhance their advantages over other societies, as seen during colonization. Societies that had the best environments had access to large plant eating mammals suitable for domestication and the most productive grains would be poised to produce more dangerous guns, germs and steel—the key resources for economic dominion resulting in global inequalities.

Diamond’s critics argue that the ‘geography hypothesis’ is environmental determinism that does not properly value human choices into the equation. Still, the core of this book is the search for connections between the themes of Geography with a spatial framework and the video is available via Netflix, public libraries and many other outlets. 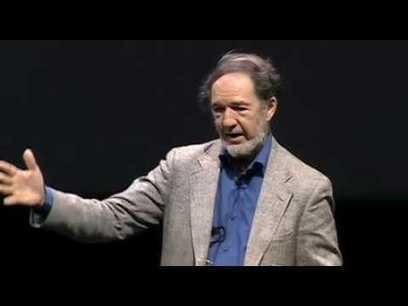 This talk (based on his controversial book, Collapse) explores the economic and environmental causes behind why a society that is overextended might collapse or recede from a golden age. Jared Diamond uses multiple historical examples such as classical Mayan civilization and Easter Island as well as modern societies such as Rwanda and Haiti, to argue that unsustainable management of the environmental resources might lead to short-term economic successes, but the environmental degradation may threaten the long-term economic viability of the economic system. This talk ties agricultural patterns, economic practices and political policies that can strengthen or weaken a society and the book looks to the past to assess the challenges of the present and future. This TED talk brings geographic concepts and spatial thinking to many of contemporary global issues. 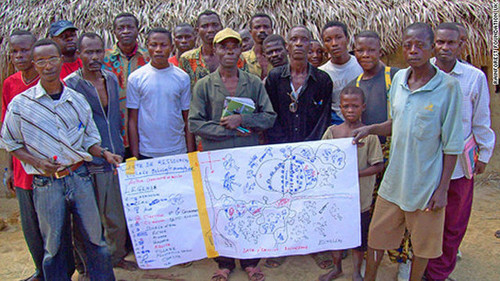 In the lush rainforests of Africa’s Congo Basin, hundreds of thousands of indigenous people live as hunter gatherers, depending on the forest’s natural resources for their survival.

The “Mapping for Rights” program trains people in the Congo to map the land they live on using GPS and other geospatial technologies.  This can assist the to produce documents to politically protect their land from encroachment and preserve their access to the forest.  Globalization can blur many of the modern/traditional narratives as the world becomes interconnected in complex ways. 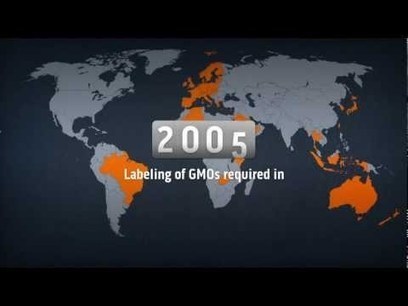 “93% of Americans want the FDA to label genetically engineered foods. Watch the new video from Food, Inc. Filmmaker Robert Kenner to hear why we have the right to know what’s in our food.”

Clearly this video has a political agenda, but this is a pertinent video to show in an Agriculture unit.  Many countries around the world require the labeling of genetically modified food products, while the United States (currently) does not.  The organization that sponsored this video and  Health blog‘s are concerned about how this impacts nutrition in the United States, having uninformed food consumers.  Political action is currently underway in the United States to change this.
Via www.youtube.com