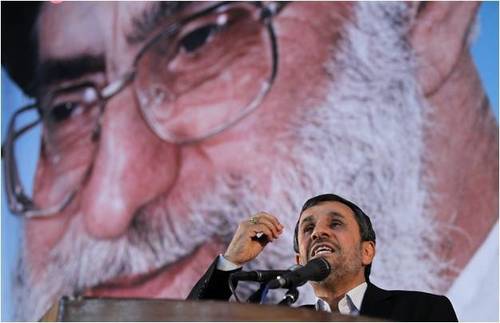 Young Iranians are tuning out. Of those encountered on a visit, many seemed less interested in religious fanaticism than in sex, drugs and rock ’n’ roll.

Often we fall into the trap of assuming that the political rhetoric of the governmental regime is is culturally representative of the people of that country (such as this picture above.  Listen to this podcast on the  Iranian nuclear program for an example of the religous/political rhetoric: http://www.scoop.it/t/regional-geography/p/2016189455/iran-s-nuclear-fatwa-a-policy-or-a-ploy ).  And yet, people are still people, and kids are just kids, even in a conservative theocratic government.

“One of the most pernicious misunderstandings in the West about Iranians is that they are dour religious fanatics…In the 1970s, disgruntled young Iranians rebelled against a corrupt secular regime by embracing an ascetic form of Islam. Now they’re rebelling against a corrupt religious regime by embracing personal freedom — in some cases, even sex, drugs and rock ’n’ roll.”