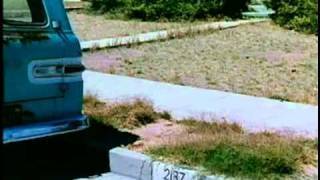 “Dogtown and Z-Boys: A documentary about the pioneering 1970s Zephyr skating team.”

Popular culture is shaped by taste-makers, counter-cultural movements, and the blending of cultural practices in new ways creating a distinct aesthetic. Often, the physical geography of a region plays a crucial role in shaping the cultural practices particular to their environment. All of that can be seen quite vividly in the colorful skating revolution of the 1970s that took shape in the Southern California. Kids who grew up idolizing surfers branched out their recreational habits into the modern form of skating that we see today at the X Games. Made legendary through a series of Skateboarder magazine articles, these kids shaped the cultural ethos of skateboarding for over a generation. With the coastal influence of surfing, the socioeconomics of a seaside slum, it’s abandoned piers, the ubiquity of cement and asphalt in the urban landscape, the run-down neighborhood of “Dogtown” was home to cultural movement. The fierce droughts of the 1970 meant abandoned swimming pools; that drought led surfers to the technological infrastructure for modern skating ramps and half pipes as they skated in emptied swimming pools. As stated in those Skaterboarder articles, “two hundred years of American technology has unwittingly created a massive cement playground of unlimited potential. But it was the minds of 11 year olds that could see that potential.” The documentary “Dogtown and Z-Boys” and the fictionalized “Lords of Dogtown,” both produced by skater turned filmmaker Stacy Peralta, chronicle the age (“Lords of Dogtown” is probably not appropriate for the classroom).

Trailer for Dogtown and Z-Boys