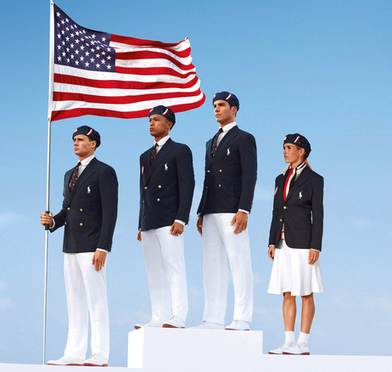 The Olympic committee and designer came under withering criticism for manufacturing the garments in China.