Russians are leaving the country in droves 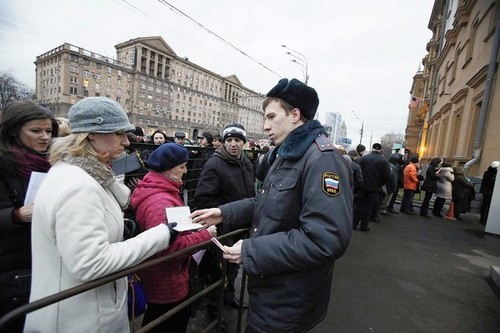 Over a bottle of vodka and a traditional Russian salad of pickles, sausage and potatoes tossed in mayonnaise, a group of friends raised their glasses and wished Igor Irtenyev and his family a happy journey to Israel.

My regional class has been learning about Russia this week and when I first started teaching a few years ago, I would teach that Russia had a population of 145 million.  Today it is 141 million and part of that is due to migrants leaving a country that they see as lacking in economic opportunities and political freedoms (another part of the story is that birth rates plummeted after the collapse of the Soviet Union in what demographers have called the “Russian Cross“).  In the last few years the population appears to have stabilized, but there are still many who do not see a vibrant future from themselves within Russia.