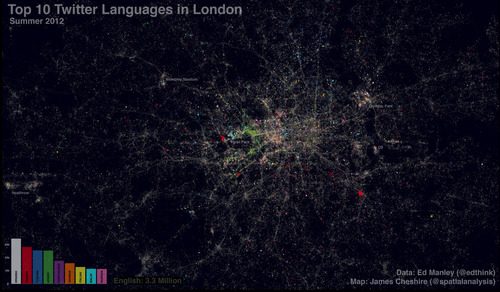 This map is a fantastic geovisualization that maps the spatial patterns of languages used on the social media platform Twitter.  This was inspired by a Twitter map of Europe.  While most cities would be expected to be linguistically homogenous, but London’s cosmopolitan nature and large pockets of immigrants impact the distributions greatly.