The Italians who want to be Austrian 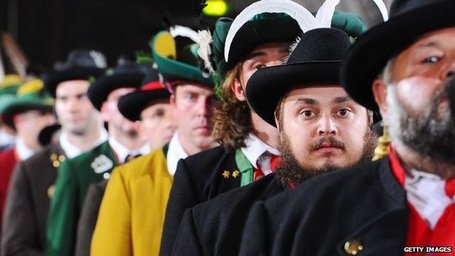 It is Italy’s richest province, and has been part of the country for almost 100 years – but some in South Tyrol just do not feel fully Italian.

While the idea of everyone of the same nationality belonging to the same country might be considered an ideal situation, the world’s ethnic geography is too jumbled to create perfect nation-states.  South Tyrol is a part of Italy that is one of those places with mixed a ethnic, linguistic and political heritage.  By different criteria, many of the residents could be considered German, Austrian or Italian or a combination of the them.  Since the Euro Zone fiscal crisis, the push for political autonomy in South Tyrol has intensified, in part because this region has avoided the crisis and is economically fairing better than the rest of Italy.

Questions to Ponder: How do political borders reveal and conceal “the truth” about places on either side of the line?  What elements are a part of a regions heritage?  Can regions have multiple, overlapping heritages?  How does devolution impact the whole country?