Ezekiel Ansah: A Ziggy Path to the NFL

Ezekiel “Ziggy” Ansah’s journey to the NFL, beginning as a walk-on to the Brigham Young University football team from Accra, Ghana, who had never played foot…

Ezekiel loved playing soccer and never played American football until he was in his 20’s; that is NOT a typical path to the NFL.  Ziggy’s life represents the geography of opportunity.  If he had grown up in the United States, a boy with his physical abilities would have been funneled into football leagues at an early age.  If he lived his whole life in Africa, he would never become a millionaire (probably not anyway).  However, global diffusion of religious ideas brought LDS missionaries to his home in Ghana; enhanced migrational opportunities took him to Utah and all of these geographic factors (combined with his personal skills and ambition) helped him the fifth overall selection in the NFL Draft and a member of the Detroit Lions.

It makes be wonder if the greatest physical talent for a sport always gets the opportunity.  I’m sure some kids in tropical countries have the physical tools to be fantastic hockey players, but without access to participation at an early age because of the cultural preferences of the area (although with hockey you could argue it’s also climatically determined), they are geographically constrained to a different set of possibilities for their lives.   Read here for more on Ziggy. 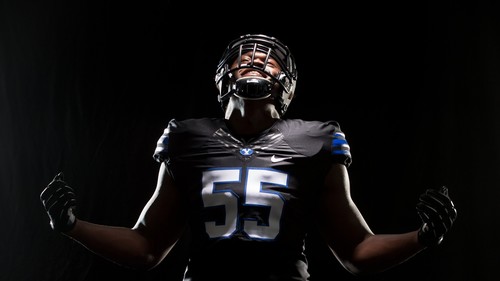 One thought on “Ezekiel Ansah: A Ziggy Path to the NFL”