An Underground Pool Drying Up 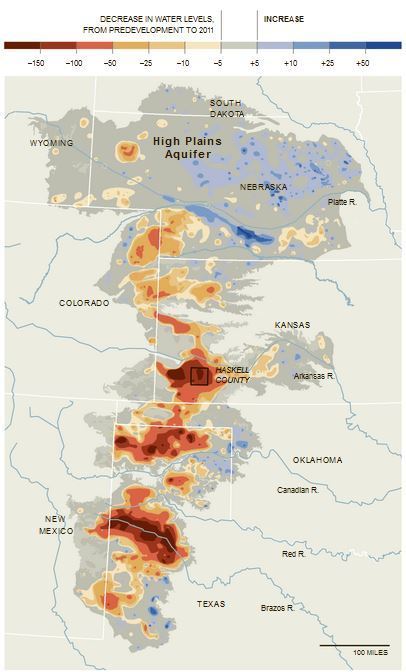 Portions of the High Plains Aquifer (Ogallala Aquifer) are rapidly being depleted by farmers who are pumping too much water to irrigate their crops, particularly in the southern half in Kansas, Oklahoma and Texas. Levels have declined up to 242 feet in some areas, from predevelopment — before substantial groundwater irrigation began — to 2011.

The article connected to this map from the New York Times can be found here.  “Two years of extreme drought, during which farmers relied almost completely on groundwater, have brought the seriousness of the problem home. In 2011 and 2012, the Kansas Geological Survey reports, the average water level in the state’s portion of the aquifer dropped 4.25 feet — nearly a third of the total decline since 1996.”