38 maps that explain the global economy 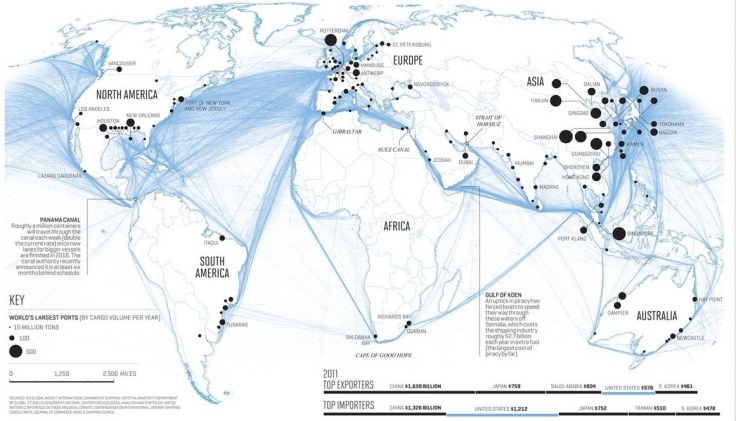 Commerce knits the modern world together in a way that nothing else quite does. Almost anything you own these days is the result of a complicated web of global interactions. And there’s no better way to depict those interactions than some maps.

Occasionally these lists that say something like “40 maps that…” end up being an odd assortment of trivia that is interesting but not very instructive; but I am of a fan of these list produced by Vox.  Not because they exhaustively explain the topic, but they give a strong visual introduction to a topic, such as this one on on the global economy.