Man of the world

“On why a Prussian scientific visionary should be studied afresh…In a superb biography, Andrea Wulf makes an inspired case for Alexander von Humboldt to be considered the greatest scientist of the 19th century. Certainly he was the last great polymath in a scientific world which, by the time he died in Berlin in 1859, aged 89, was fast hardening into the narrow specializations that typify science to this day. Yet in the English-speaking world, Humboldt is strangely little-known.”

Alexander von Humboldt has been described as the last great ancient geographer concerned with understanding an eclectic cosmography as well as the first modern geographer. He is honored far and wide throughout Latin America and Europe, but given that intellectually people are confused as how to categorize him and classify his contributions, today he is under-appreciated.  Geographers need to reclaim his memory and call his extensive, globetrotting work on a wide range of subjects ‘geography.’  Here is another article and TED-ED video on the most influential scientist that you might not have heard of (at least until today). 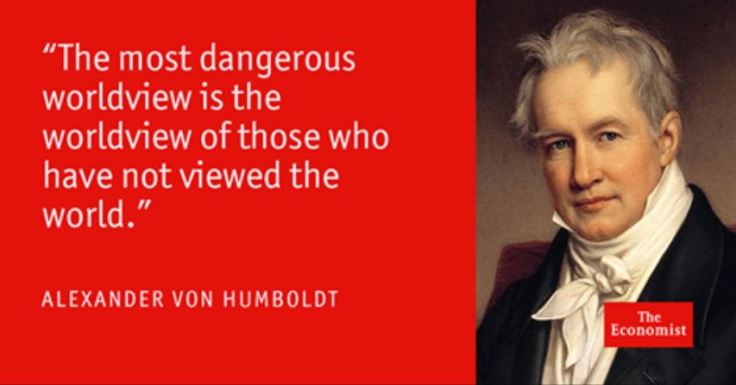