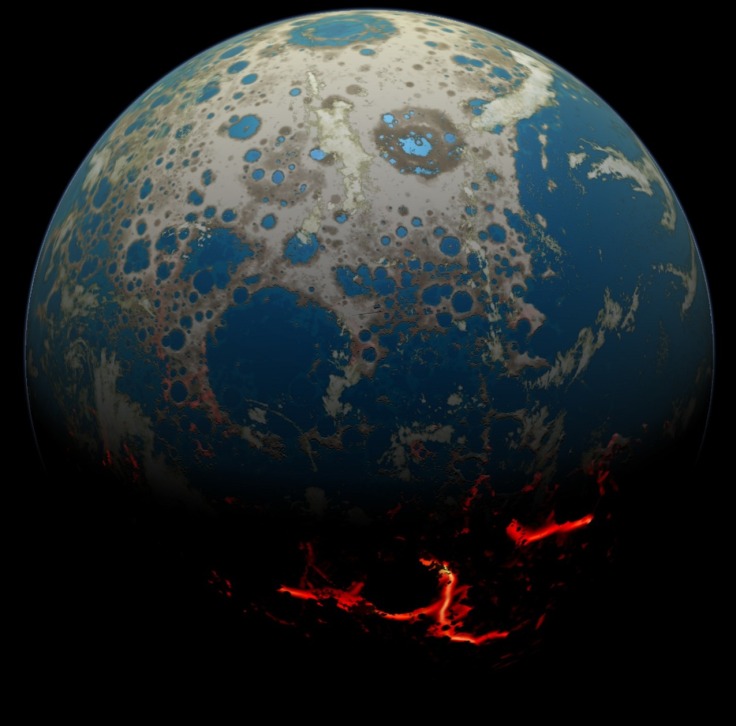 New research shows that more than four billion years ago the surface of Earth was heavily reprocessed – or melted, mixed, and buried – as a result of giant asteroid impacts. A new terrestrial bombardment model, calibrated using existing lunar and terrestrial data, sheds light on the role asteroid collisions played in the evolution of the uppermost layers of the early Earth