This map should change the way you think about foreign aid 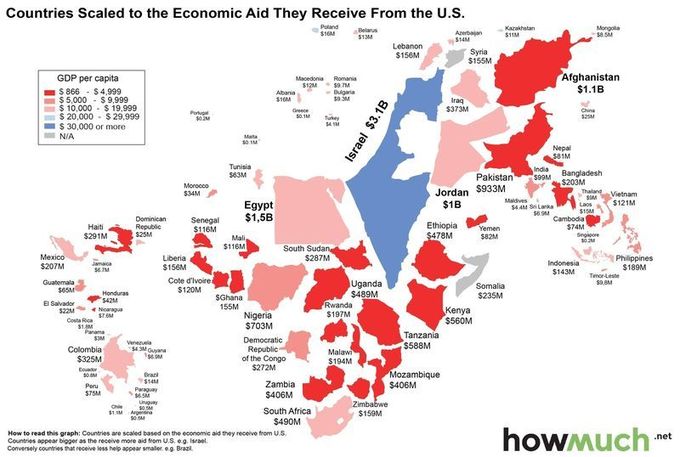 As you can see, the biggest recipient by a long way is Israel (this is fiscal year 2014 data, but nothing’s changing), and two other big ones are Egypt and Jordan, which both have aid packages that are tied up with their peace treaties with Israel. None of these are poor countries (indeed, Israel is downright rich), and the point of the money is to advance an American foreign policy agenda — not to help the poor. Pakistan and Afghanistan, which round out the top five, actually are pretty poor, but, again, the main American interest in them is clearly foreign policy rather than poverty.