Boston schools ditch conventional world maps in favor of this one 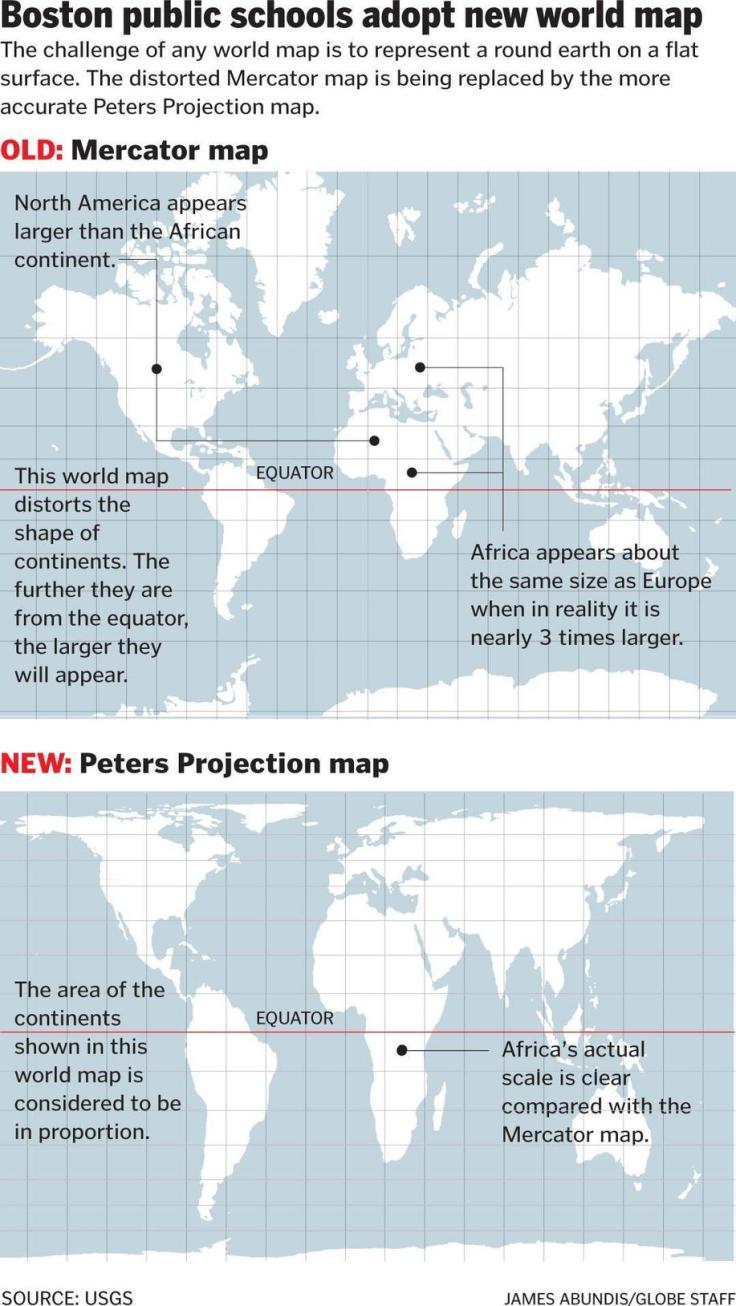 Social studies classrooms throughout the Boston public school system are getting an upgrade some 448 years in the making.

Personally, I’m not a fan of this decision, but it’s as if they watched the classic West Wing clip and decided to roll with it. I think that the Peters projection map is better than the Mercator for most educational applications, but it isn’t the “right, best, or true” map projection.  Many viral videos comparing the two love to exaggerate and say things like “The maps you use are lying to you” or “the world is nothing like you’ve ever seen.”  Yes, Mercator maps distorts relative size, but it isn’t a “wrong” map anymore than the Peters projection.  All maps have distortion and map readers need to under that all maps are a mathematical representation of the Earth.