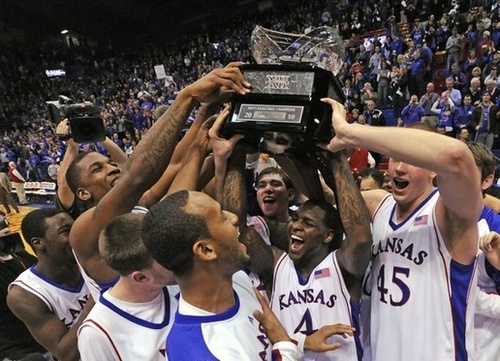 The Atlantic Cities:  What exactly can account for the dominance of small and medium sized metros generally and college towns in particular in the economic…

While it is clear that superstar athletes in the professional ranks are concentrated in the largest cities, college athletics still let’s the ‘Davids’ compete with the ‘Goliaths.’  Interestingly, the largest cities don’t have the highest per capita concentration of athletes but many small college towns do.  Among the Top 25 cities with the highest concentration of athletes in the workforce (include scholarship athletes) we find South Bend, Indiana, home to Notre Dame; Auburn, Alabama, home to the university that bears its name; Ames, Iowa, home of Iowa State; Blacksburg, Virginia (Virginia Tech); Burlington, Vermont (University of Vermont); and Boulder, Colorado (University of Colorado).
Via www.theatlanticcities.com

Cities and Urban Land Use, Industrialization and Economic Development