NASA’s Goddard Space Flight Center Scientific Visualization Studio — the same team that recently brought us an animation of the moon as it will appear from Earth for each hour of 2012 — has also released a stunning video called “Perpetual Ocean,” a time lapse of the world’s ocean currents as calculated by the ECCO2 computational model.

This is an stunning visualization of ocean currents.  Thanks for the suggestion! 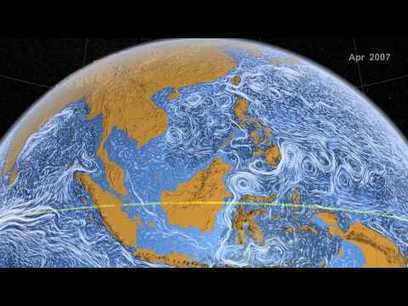