Afghan Troops Get a Lesson in American Cultural Ignorance 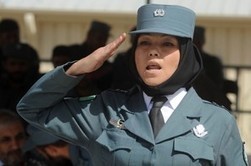 Afghan troops are told that insulting behavior by Americans is an oversight, not a slight.

Cross-cultural interactions can be beautiful when immersed into a new cultural setting and the visitor learns to appreciate it.  Unfortunately, it can often lead to clumsy missteps that are born out of ignorance of a new guiding set of cultural norms.  Some missteps can lead to great laughter while others can be gravely insulting.  The United States military seeks to train U.S. soldiers about Afghan customs, but they are trying a new tactic as well to minimize these issues.  The U.S. military has prepared a cultural guide to teach the Afghan soldier that they work with about the curious customs that are part of social interaction in the United States but not considered offensive.